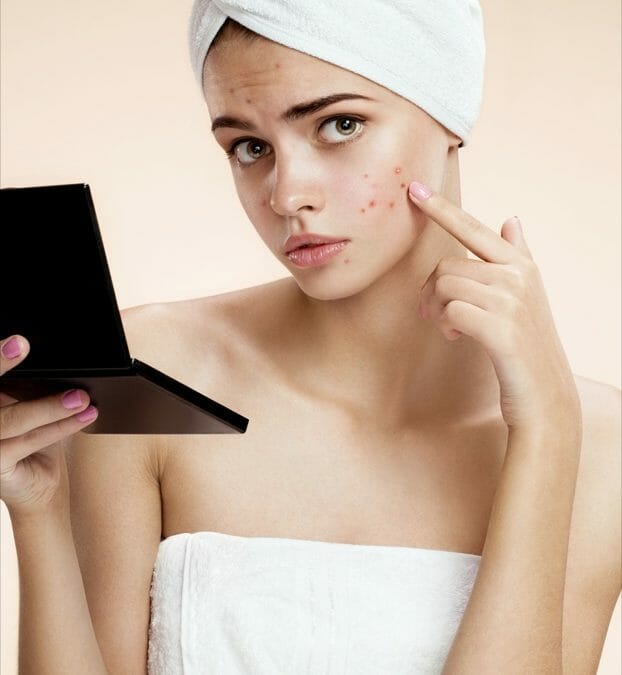 Acne is condition that impacts millions of people on a regular basis. It can cause embarrassment and issues with self-esteem. Understanding what causes acne itself can lead to solutions and allow you to deal with the problem effectively. Acne is a skin condition that is related to the oil glands that reside at the base of hair follicles. Technically known as Acne Vulgaris, there are many different forms of this condition that can impact the skin. Acne most typically occurs throughout puberty when the oil glands of the skin first begin to operate at full capacity. The hormones produced by the body in the adrenal glands cause the excess production of oil.

The Body at Work

There is no danger that comes with Acne. However, there is the possibility of scarring on the skin when the problem becomes very serious. The oil glands located beneath the skin are attached to pores or tiny holes in the surface of the skin. The connection between the pores and the glands comes through the follicles. The oil that is produced beneath the skin is known as Sebum and moves dead skin cells to the surface. Hair also grows through the follicles. When the follicles become blocked by dirt and hair, the oil is unable to escape to the surface of the skin and deposit dead skin cells. The blocked oil causes Acne to appear.

For most people, Acne appears on the face, back, chest, and shoulders. In these areas, the blockages can lead to infection and swelling on the skin. This potential for infection can account for the red coloration that comes with Acne. Recent studies have revealed that the severity of Acne is based on the strain of bacteria that causes the swelling. Not all bacteria causes pimples. In fact, some bacteria has been found to reduce the occurrence of Acne.

The Types of Acne

There are many different types of Acne that occur based on the conditions of the skin as well. Whiteheads are an extremely common form of acne that remains under the skin and are small in appearance. Blackheads are also common and generally more visible than whiteheads. This kind of Acne appears on the surface of the skin and is a result of blocked follicles that are not necessarily caused by dirt. Papules are visible on the surface of the skin, appearing as small bumps that are pink or red in color. Pustules appear on the surface of the skin as well, typically being accompanied by the buildup of oil with a red or pink base. Finally, nobules and cysts are the most severe form of acne. These large and solid pimples reside deep below the skin and cause redness and swelling. They are often painful and require attention from a dermatologist in order to experience healing. There are also studies that suggest that Acne could be caused in genetics in addition to hormones. While most people experience Acne during puberty, it can impact virtually anyone at any age.